Dream dance group came into being in 2000. A group of cheerleaders led by Mrs Krystyna Aleksandrowicz would meet twice a week to make up their own dance routines and perform them during sports events.

In 2003 the group was renamed into Satisfaction. It was soon joined in by first year students. The girls would still perform mainly during sports events and in 2004 they made their debut at a traditional party organized by students a hundred days before final exams.

Nowadays, the group meets regularly several times a week and prepares its dance routines precisely and conscientiously. Not only have the cheerleaders won the hearts of male students, but they have also become famous in the local community. 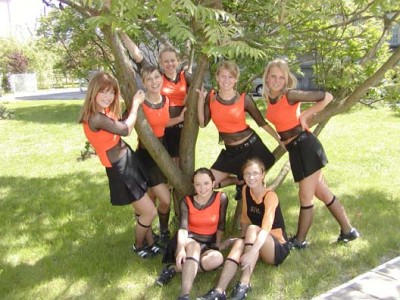